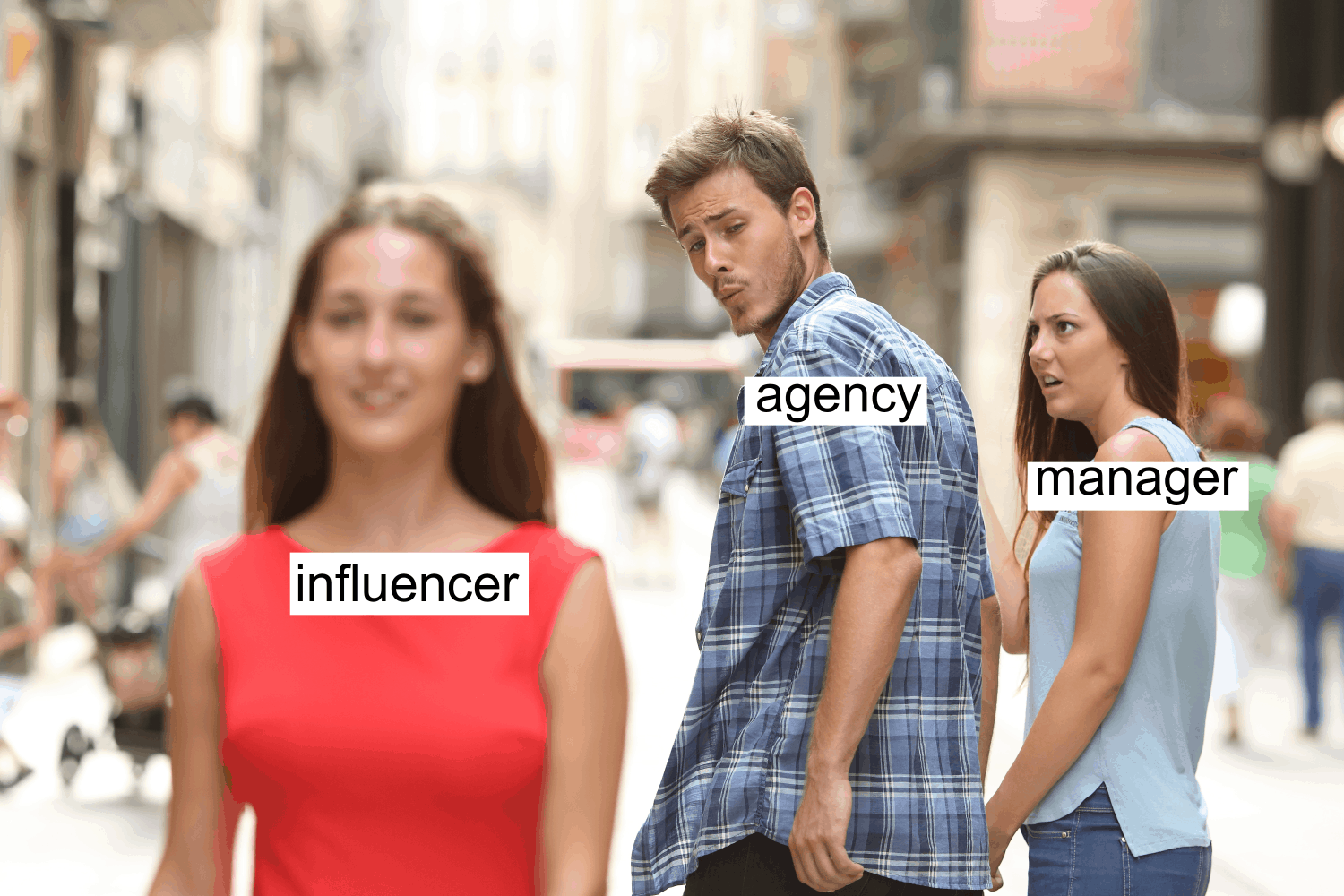 Aside from putting the influencer in an awkward position, going around their manager is also disrespecting the role that management plays.

I’ve been working in influencer marketing for years now; starting on the brand side and now working my way over to be one of a handful of talent managers. I originally came into this role because I had a passion to support influencer talent and wanted the best for them. Coming from the brand side, I always cringe a bit when I have to break the news to an advertiser or agency that yes, in fact, their favorite influencer now has management.

When working on the Managed Services team at Find Your Influence, it was always a blow when we realized one of our top performing influencers engaged management because we knew one thing for sure: their rates would go up. We never faulted the influencer but we knew that soon they would outgrow some advertiser budgets.

Now, as a talent manager today, I am in a position where I am the one sharing an influencer’s rates with brands. I am now one of the talent managers that I so feared on the other side. But here’s the thing: no matter how difficult it was to work with a manager, I never once thought to go around the manager to reach the talent directly. Here are four reasons why you shouldn’t either.

It’s no secret that managers take a commission when working with talent, it’s the nature of the business. When an influencer finds themselves in a position where they are getting enough deals that the commission is worth the investment, chances are they don’t want to be bombarded by advertisers trying to go around their manager. Talent managers are there to make the influencers’ lives easier and alleviate all the emails they receive and feel they need to respond to.

When an influencer engages management, they have likely grown since the last time you worked together

This is one issue we run into a lot with FYI Talent Management. A brand that has worked with one of our influencers in the past (before being managed) has expected an influencer’s rate to remain the same as it was six months ago. It’s likely that the last time they worked with the  influencer he/she had a smaller following and was considering more opportunities. They have engaged management (more often than not) to help them bring on sponsored work that will help them grow their business.

Influencers and their talent managers have a system

Not to give away the secret sauce, as talent managers, we always keep our influencers in the loop on the conversations we are having on their behalf. We take on negotiations and when the final offer is made, we always give our influencers the final opportunity to accept or refuse. I have signed an at-rate deal and a less-than-rate deal for the same talent in the same week because they wanted both deals. We would never pass on an opportunity without checking with the talent first.

Aside from putting the influencer in an awkward position, going around their manager is also disrespecting the role that management plays. Talent managers are always looking out for the best interest of their clients and shouldn’t be taken out of the equation just because the brand/agency is worried about pricing.

FYI Talent Management works with some of the internet’s leading voices. Connect with us today and let us know how our talent can get to work for your brand. Simply email tami-at-findyourinfluence-dot-com.