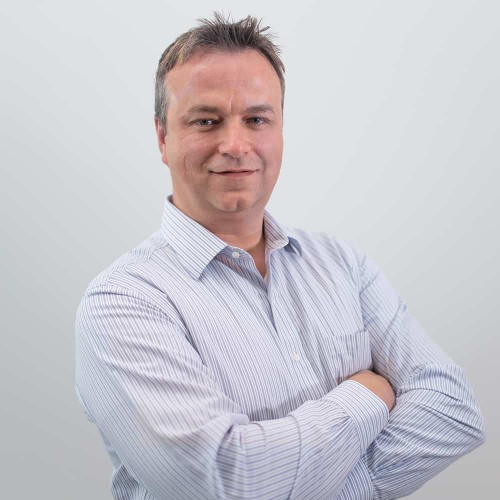 Micah DesJardins has been developing software for almost as long as he has been tying his own shoes.  At age seven, he wrote his first program in Commodore BASIC and began a lifelong love affair with technology. At the age of fourteen, frustrated with having to thumb through hundreds and hundreds of floppy disks of shareware at the local computer store, Micah wrote them a flat file database to catalog their entire collection, effectively inventing the App store.

After studying at the University of North Carolina, and convinced that he was pretty hot stuff, Micah struck out on his own and found himself working at America Online shortly before the invention of the internet. Over the years, he has worked for Arizona State University, Village Voice Media, America Online, and IBM bringing his love of technology, people, and problem solving to bear in each of the roles  he has filled. As CTO of Find Your Influence, Micah brings considerable knowledge of the software development lifecycle, methods and best practices and the solid leadership that only comes with experience.

Micah and his wife live in Scottsdale with their two young children. Outside of the office, the software-minded exec enjoys playing music, reading and cooking.